The euro rose against major currencies as investors focused on the widening spread between German and Italian bonds. The spread between the two countries’ 10-year bonds rose to 2.007%, its highest level since May 2020. This means that investors have a preference for safer German government bonds. It also signals that the European Central Bank is expected to start raising interest rates at its July meeting. The hawkish state of the ECB comes at a time of fears of stagflation in the region as inflation tops 7%.

Global stocks continued to tumble on Friday as market sentiment soured following the Federal Reserve’s hawkish move. In the United States, futures linked to the Dow Jones fell 170 points while those linked to the Nasdaq 100 fell 150 points. Both indexes fell 1,100 and 600 points on Thursday. The same trend occurred in Europe where the DAX, CAC and Stoxx fell more than 1.50%. The concern is that the major central banks like the Fed, the BOE and the ECB will soon accelerate their tightening process. Additionally, while most companies have seen strong revenue growth, their margins have plummeted.

The US dollar continued its strong rally as investors reacted to the latest nonfarm payrolls data. Data from the Bureau of Labor Statistics (BLS) showed the economy added more than 428,000 jobs in April. This increase was better than the median estimate of 391k. Other figures revealed that unemployment remained at 3.6% while wages continued to rise. Elsewhere in Canada, the economy added just 15,000 jobs in April, while its unemployment rate fell to 5.2%.

The XBRUSD pair continued to rise after the OPEC+ meeting. He managed to top 112 for the first time in weeks. It broke above the 25-day moving averages while the DeMarker indicator broke above the overbought level. The pair moved above the descending trend line shown in orange. Therefore, the pair will likely continue higher as bulls target the key resistance level at 114.17.

EURUSD tipped higher as EU bond spreads widened. The pair hit a high of 1.0582, above this week’s low of 1.0480. It moved between the middle and upper Bollinger bands. Furthermore, it broke above the 25-day moving average while the relative strength index rose and managed to move above 50. The pair will likely test resistance again at 1.0650. 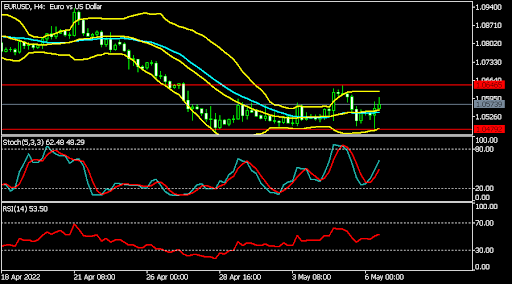 The ETHUSD pair has made a strong bearish breakout in recent days. It managed to break below the important support level at 2,700. It also pulled back below the envelopes and moving average indicators. Additionally, the pair’s MACD broke below the neutral level while the Relative Strength Index (RSI) moved slightly below the overbought level. Therefore, the pair is likely to continue falling as the bears target the next key support at 2,500. 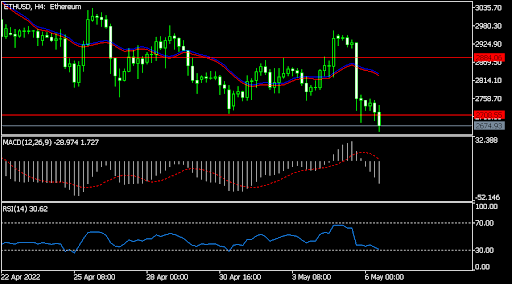 Microids expands by opening an office in Germany